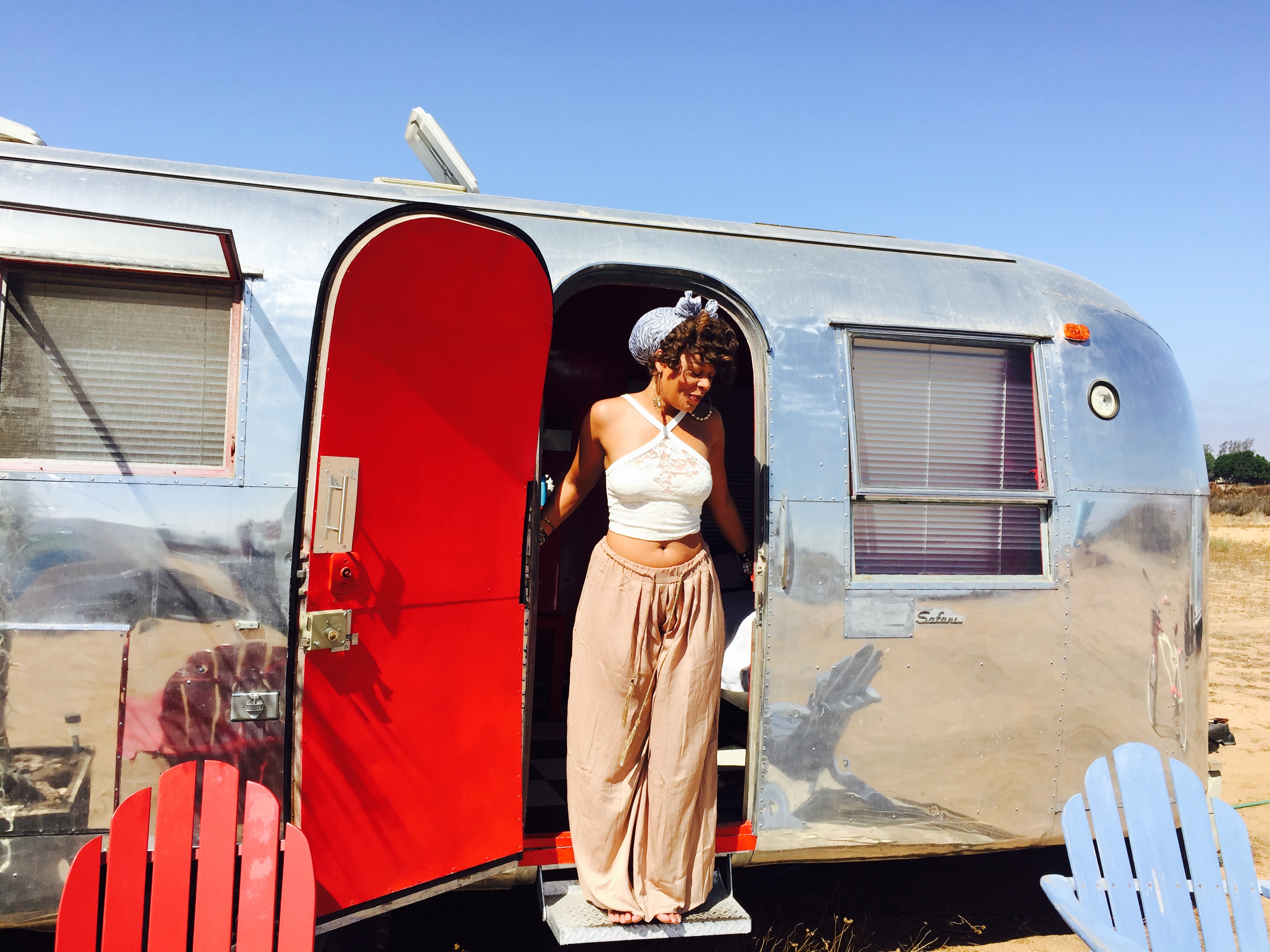 Glamping….Glamour and Camping combined. I’m sure you’re thinking, what’s glamorous about staying outside in a tent with no restroom?! Well, that’s not glamping. In fact, glamping steps it up a notch and often times you have a toilet and make shift shower built into your tent. Our glamping trip happened to include an amazing airstream in the middle of the Mexican Wine Valley or Valle de Guadalupe.

Yes, MEXICO HAS A WINE COUNTRY!!! Who knew? Evidently, we’re behind the curve because Mexican’s wine valley or ruta del vino, has been growing for decades. The wine route is sprinkled with private and public wineries that offer a variety of wines. Many require appointments but others offer up tastings from $3 to $10 daily.

Let’s talk about the glamping though. We found our glamping site on AirBnb, of course. We took the 3.5 hour drive from Los Angeles to Valle de Guadalupe, following some very bumpy dirt roads to arrive at Glamping Ruta De Arte Y Vino. We were greeted by our host Cesar, who quickly opened a bottle of wine he had just bought from a private winery Vinicola Roa. The wine was an organic wine made of only fermented grapes, no sugar, and it was heavenly!

After enjoying our marvelous wine, Cesar showed us around the site of 4 airstreams, all refurbished and decorated in different themes. We were to stay in the beautifully “Coca Cola” themed airstream which they called “Safari 1965”. It had my name written all over it. With a red interior, white linens, and various vintage appliances…I was in love! The icing on the cake was a beautiful electric guitar plugged into an amplifier just waiting for me to strum along. 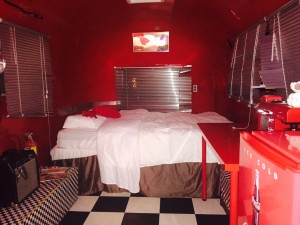 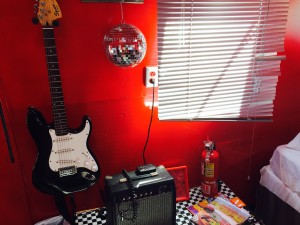 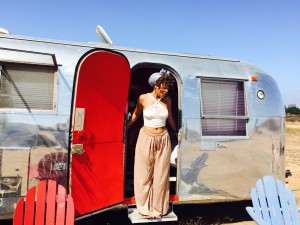 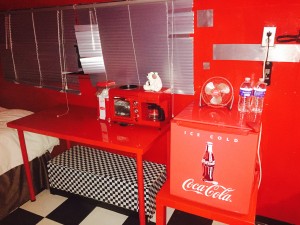 Now how is this camping you say? Well the bathroom, sink and shower are outside of your airstream. There is a fire pit for roasting marshmallows and hot dogs. It’s also available for people to bring their own tents and set up shop. 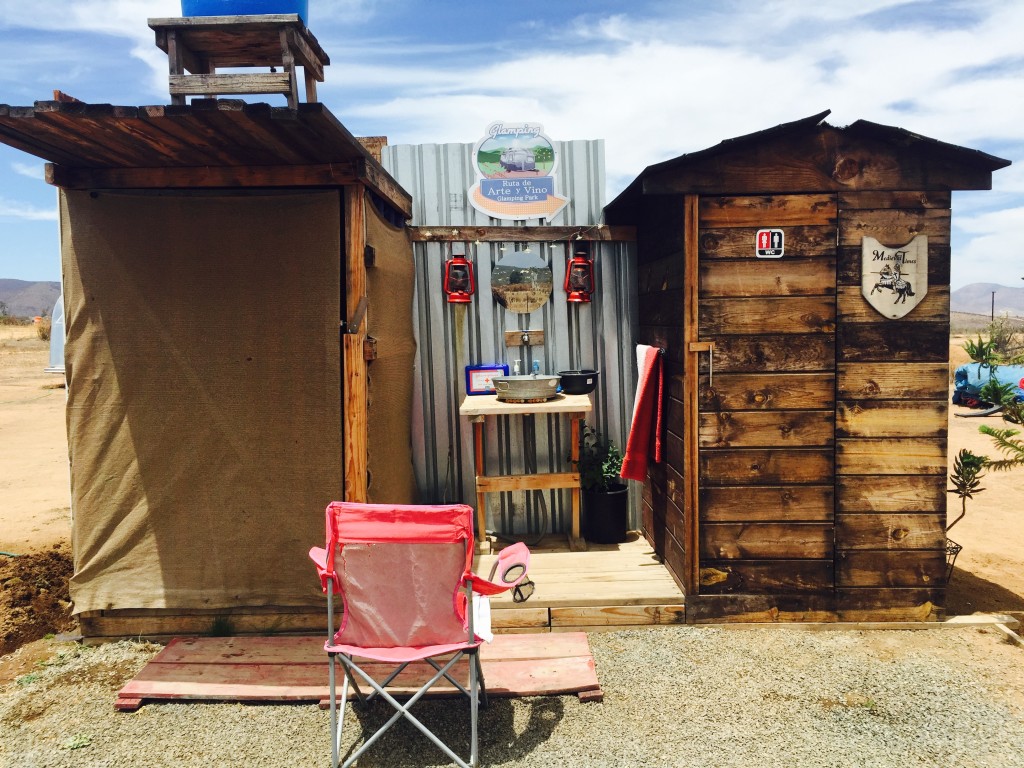 The bikes on the site are a nice touch, if you don’t mind a bumpy ride. Our sleep was extremely comfortable, the beds were just right and the breeze through the windows kept us nice and cool despite the summer temperatures. If you’re a light sleeper, you might be awakened by the dogs, Perri & Simon, playing with the neighborhood coyotes. Yes, you read that right. The guard dogs keep the coyotes at bay but when everyone is sleeping they get together and play doggie games. 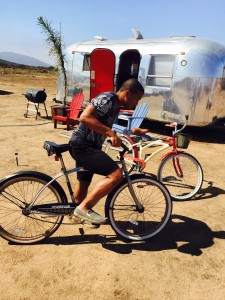 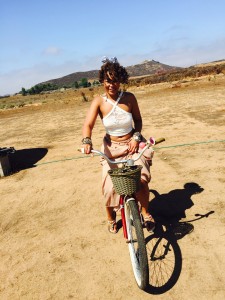 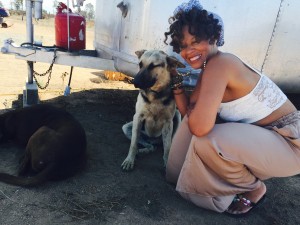 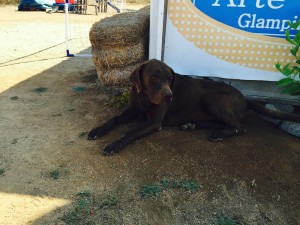 The site was slap in the middle of a wide variety of wineries and award winning restaurants, where we spent the day tasting wines and eating amazing breads and cheeses. If you’re in the area stop by Vinicola Roa ($5 tasting private), El Cielo (public tasting & tour), Encuentro (try a wine based mojito or sangria) & Sol de Media Noche (free wine, bread, jam and cheese tasting). Also check out La Cocina de Dona Esthela for breakfast. Get there early as the wait times are about an hour. We put our names on the list and went back to the camping site, which is right around the corner, had some wine and came back for an AWESOME breakfast! It was well worth the wait!

After this trip, we’re ready to make glamping a regular deal!

Southwest has a great companion fare promotion right now. If you book a roundtrip or two one-way flights by September 9th for travel before November 18th, your companion flies FREE for two months. That’s free flights for a boo, baby, friend etc for January and February.

I love to find great deals and help others do the same. I’m not a travel agent because I don’t enjoy getting calls in the middle of the night because someone got lost or missed their flight. No sir/ma’am…you are on your own!!

I use points, I buy cheap flights, I do whatever it takes to travel constantly and not break the bank. Check the link in my bio for my website information. There you can find the deal pages that I subscribe to and the sites that I use to search for flights.

My email and DMs are always open.

Been wanting to get to Europe? Delta has great redemptions available to Europe, starting at 32,000 SKYMILES roundtrip.

Search the calendar on Delta’s site for available dates.

Let me know if you book!