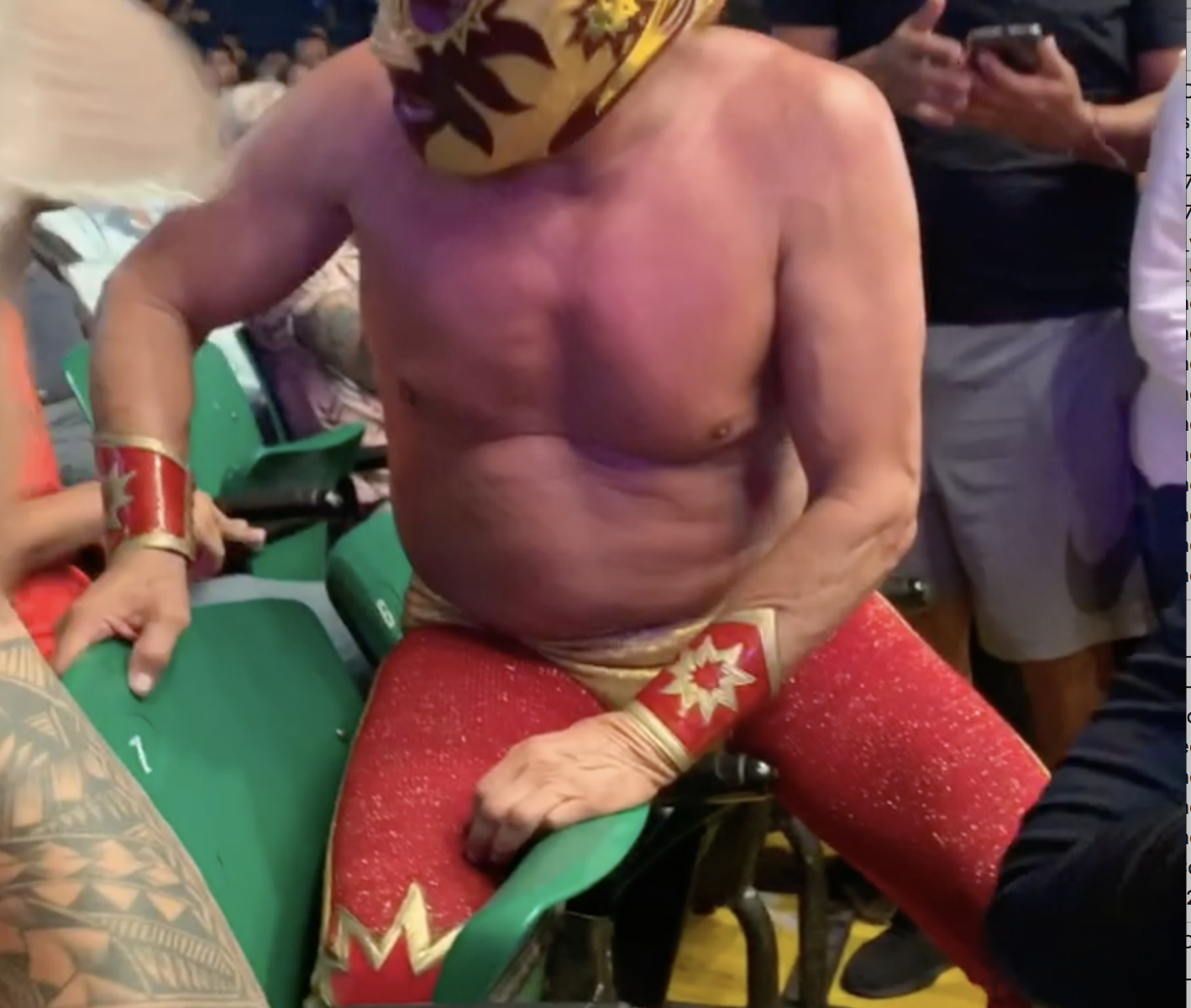 Ok, I may be exaggerating just a bit but he was totally 2 seats away from me!

Let me start from the beginning. I went to a Lucha Libre fight while in Guadlajara for the Tequila Train. If you’re not familiar with Lucha Libre, it’s Mexican professional wrestling and it’s AWESOME! It’s a an absolute must when you visit.

So after reading that the area the arena is in is super sketchy, I was apprehensive but I must say, if you’ve been in the hood anywhere, then this won’t spook you AT ALL. The Lubra Liche fights are held at the Arena Coliseo down a one way road filled with vendors selling masks and other wrestling paraphernalia.

We purchased our tickets at the box office at the arena. The representative pulled out a laminated seating chart and showed us our options. We picked ringside because you have to be up close to the action your first time. We were shown a side door and upon entry we found the luchadores waiting to greet us prior to the match. I don’t know if we were VIP because we bought the most expensive tickets or if this was a regular deal.

The match was full of flare! I’m talking fun, fun music, taunting, action and storylines. The best and  loudest chants coming from fans behind a fence. Now here is my caution to you! If you are not mobile and can’t move in an instant, the front 3 rows ARE NOT FOR YOU! You will be part of the action and sometimes the action lands in your lap…literally! The wrestlers jump and are thrown into the crowd and I found myself jumping out of the way a few times. It’s all a part of the fun!

That’s where the bleeding wrestler got stock in the chair, 2 seats over from me. It took at least 15 minutes for a crowd to pry his leg out of the seat while he was still being pounded by his opponent. There was only one person separating me from the flying sweat and blood. Don’t be scared, it’s exhilarating!

The fight ended with confetti and limbo! Seemed appropriate. As always, here’s what things cost:

You can totally get cheaper tickets beforehand. 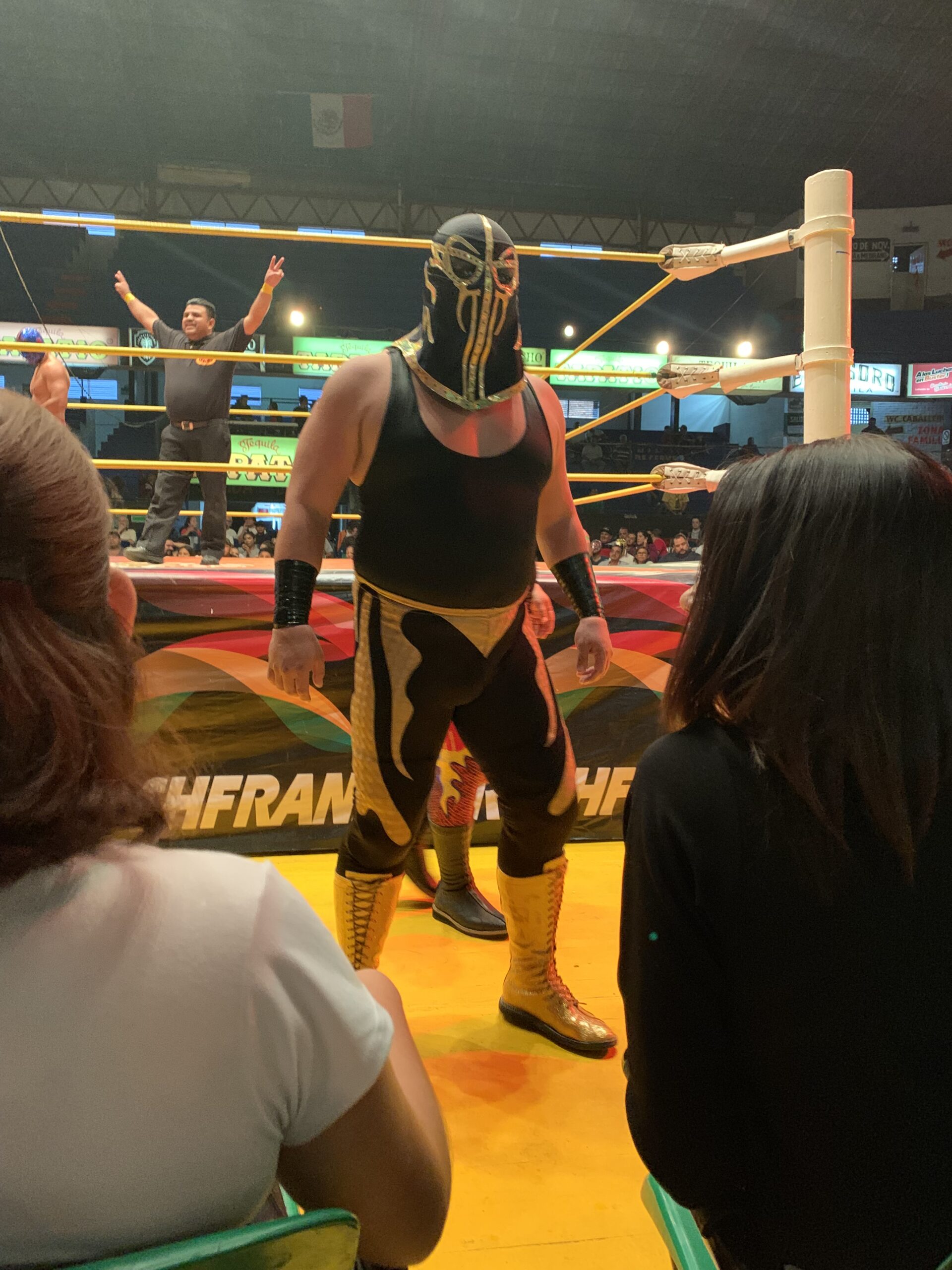 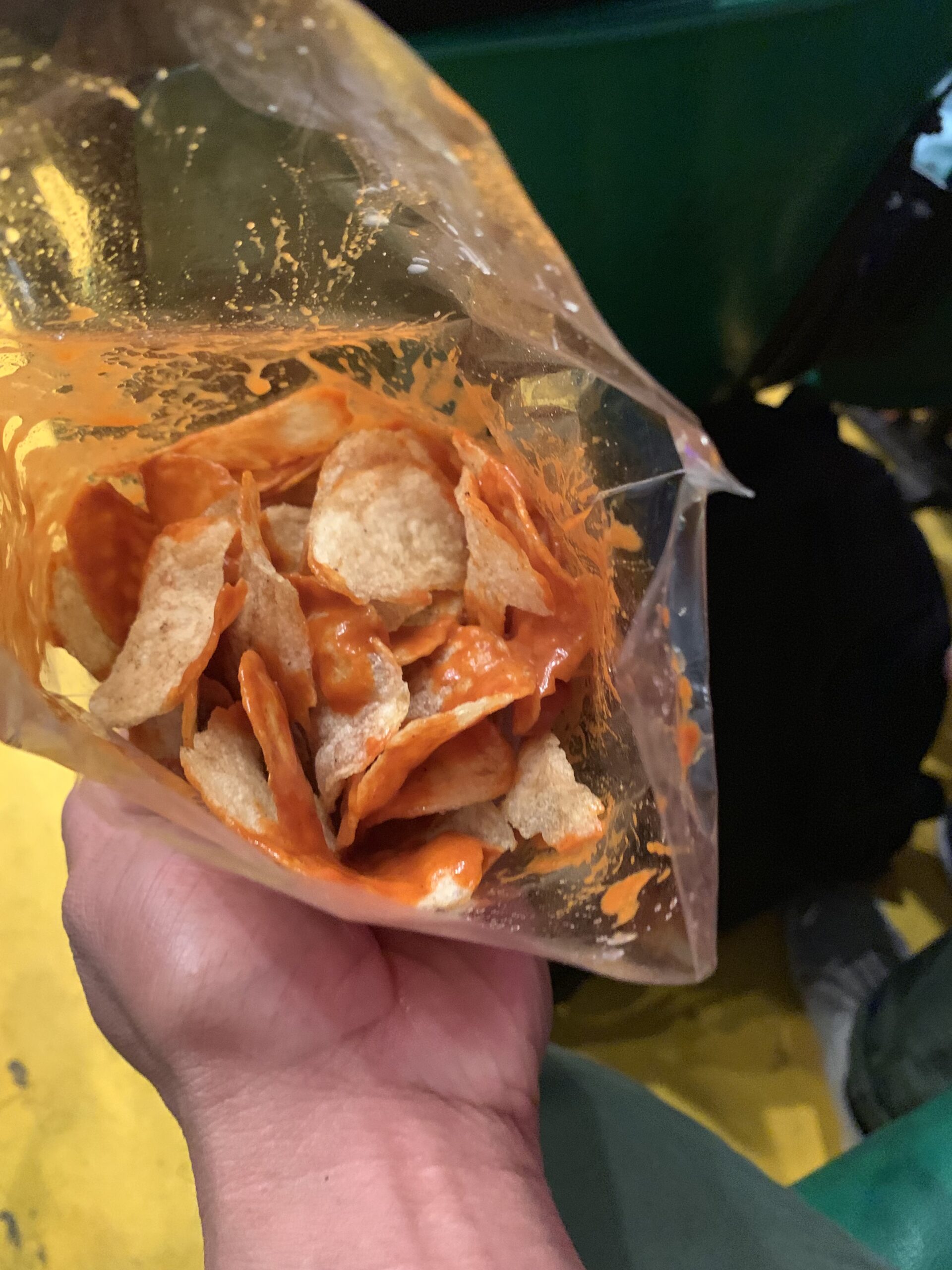 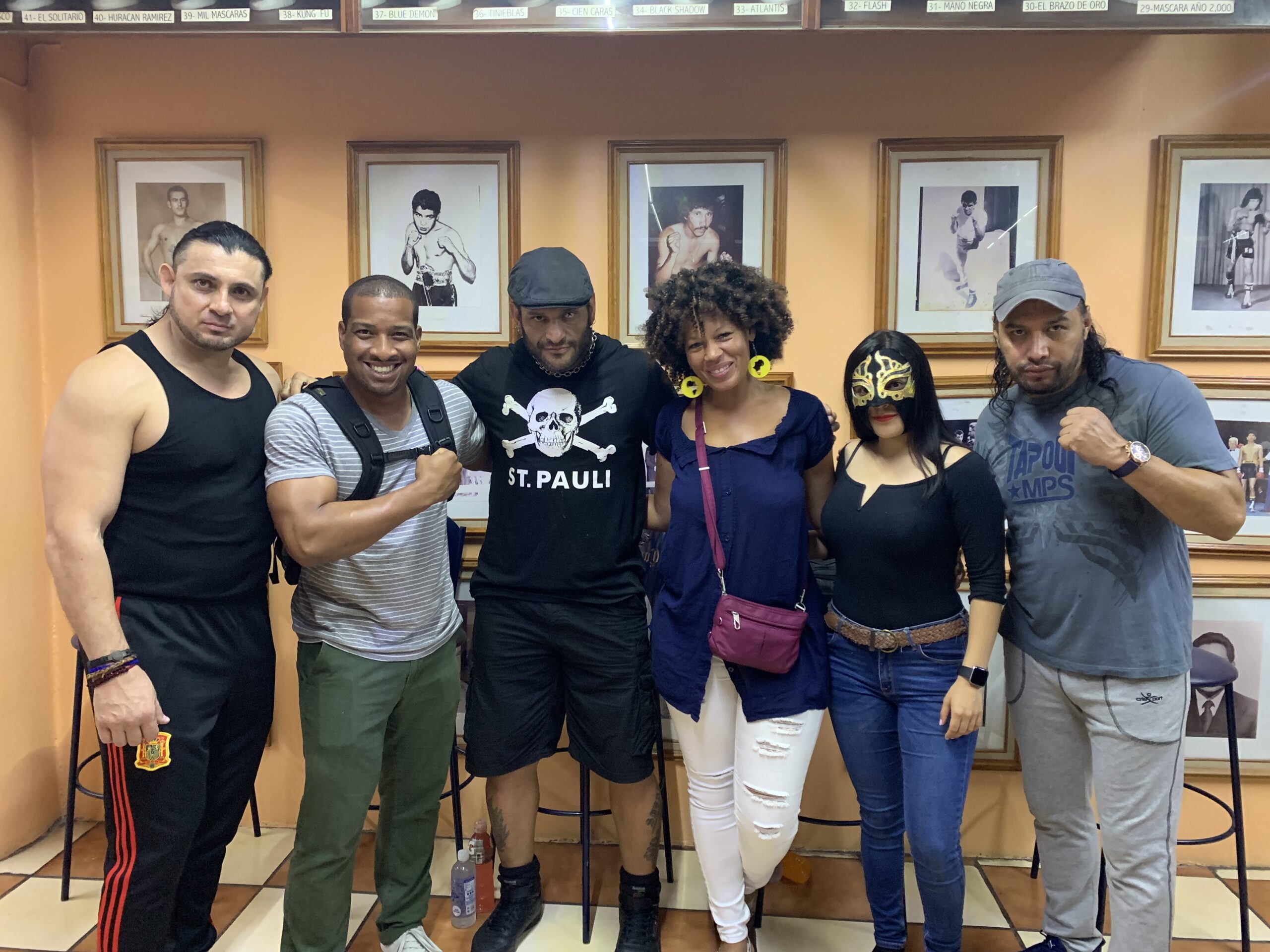